KUWAIT CITY, Oct. 30, 2021 /PRNewswire/ — Alghanim Industries, one of the largest privately-owned companies in the region, recently broke ground with a new pre-engineered steel buildings (PEB) manufacturing facility located in Gujarat, India’s fifth largest state. The facility will increase the manufacturing capacity of Kirby Building Systems in India from 200,000 metric tons (MT) to 300,000 MT per year. The new plant is expected to be fully operational by late 2022, invigorating India’s economy and creating hundreds of jobs. It will be Kirby’s third plant in India, joining a global network of five PEB facilities that serve more than 70 countries. 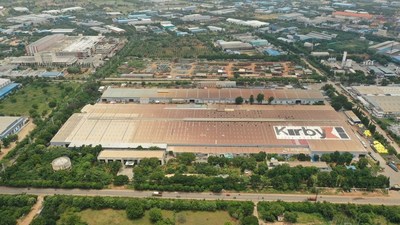 A subsidiary of Alghanim Industries, Kirby Building Systems is credited with the introduction of PEBs in India in the late 1999’s, playing a crucial role in the growth of the country’s infrastructure on all levels. In addition to building multiple metro stations that connect several provinces, serving thousands of commuters every day, it constructed the Renault Nissan factory in Chennai, the world’s single largest PEB building. The award-winning colossal 300,000m2 facility, built in 2011, has the production capacity of almost 400,000 vehicles per year.

Kirby’s portfolio in steel structures also includes factory halls, warehouses, and fulfillment centers dedicated to serve a growing e-commerce market, with a number of international clients like Amazon and Toshiba.

The company’s journey to the global stage of steel pioneers was paved with constant innovation, expanding into markets with its trademark environmentally conscious and fully recyclable steel.

Alghanim Industries’ Executive Chairman, Sir Kutayba Y. Alghanim, acquired Kirby Building Systems and relocated the company from the US to Kuwait in 1976. At the time, it catered to a country witnessing economic and urban growth, immersing itself with Kuwait’s transition towards a modern and developed nation. Kirby extended its operations beyond Kuwait’s borders to both neighboring countries and regions. In addition to its manufacturing facilities in India, Kirby Building Systems also operates facilities in the United Arab Emirates and Vietnam, possessing a combined production capacity of more than 400,000 MT per year.  Kirby is presently in the process of operating new manufacturing facilities in the Kingdom of Saudi Arabia.

«Kirby’s success story is one we are very proud of at Alghanim Industries. When we introduced the concept, first in Kuwait and then to the region, the company was a small but ambitious steel business looking to change the way we think about construction. Today, Kirby is a household name that is associated with quality, excellence, efficiency – and a global leader in the PEB sector. Our significant investments in this area will support the fast-growing demand for our products, and continue to set the standard across all of our markets. We are grateful for the support of our customers who have been and remain at the heart of everything we do.»

Pointing toward further plans of investment in the PEB industry, Mr. Alghanim also added that «we are approaching a new transitional period in our region, that we believe will bring forward huge opportunities in this sector.  The technological innovations we have championed for over four decades are ideally suited to support the rapid growth and development highlighted by Kuwait’s vision 2035, and that of neighboring countries like Saudi Arabia, which is embarking on a transformative journey under its Vision 2030. At Alghanim Industries, we continue to strive to do our part in supporting these ambitious and forward-looking goals.» 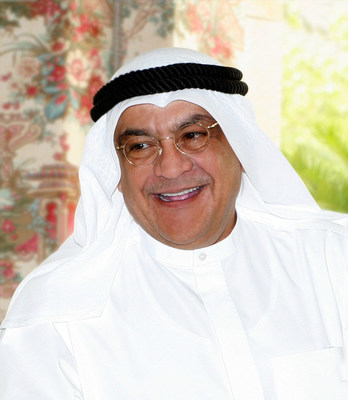