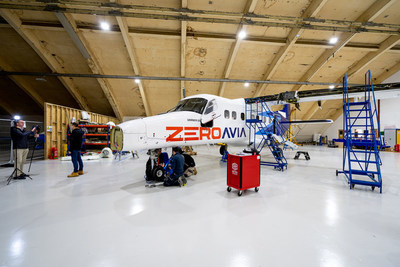 HAL intends to work with ZeroAvia to develop a Supplemental Type Certificate (STC) to allow retrofit of existing airframes for both Indian military and worldwide operators. HAL also intends to continue to build new aircraft with additional FAA approval, designated Hindustan-228, creating the opportunity to incorporate ZeroAvia’s ZA600 zero-emission engines. Additionally, HAL and ZeroAvia engineers will integrate ZeroAvia’s ZA600 hydrogen-electric powertrain into the Dornier 228 airframe. ZeroAvia will work closely with HAL and aircraft regulators during this project to ensure that aircraft meets both safety and operational requirements.

Approximately 270 Dornier 228 aircraft have been manufactured globally, with 242 currently in service. The production line of Do-228 aircraft is operational at HAL, India (Transport Aircraft Division, Kanpur, UP, India).

«HAL is committed to contributing to the protection and better development of the environment. This MoU with ZeroAvia has the potential to pave the way for zero emission regional connectivity.  We are looking forward to steering and supporting sustainable and environmentally friendly aviation in India and the world», says R Madhavan, CMD, HAL.

«HAL is committed to the ongoing development of the Dornier 228 aircraft, and it is critical to offer it as a zero-emission platform, including the conversion of the existing fleet,» said Apurba Roy, General Manager, HAL’s Transport Aircraft Division. «We are honored to partner with ZeroAvia, who in our view is leading the way in the development of innovative solutions to deliver practical zero-emission aircraft», he added.

HAL and ZeroAvia engineers will integrate ZeroAvia’s ZA600 hydrogen-electric powertrain into the Dornier 228 airframe. HAL signed a technology transfer agreement with Dornier in 1983 and has produced main sub-assemblies and over 150 aircraft, including those operated by the Indian Military.

«We are pleased to be working with HAL to deliver zero-emission aircraft to market in the shortest time frame,» said Val Miftakhov, CEO and founder of ZeroAvia. «HAL has a long experience with the Dornier 228 aircraft, and since this is also our flight test aircraft, this collaboration helps us achieve our goal of certifying our engine whilst providing an STC solution to operators worldwide,»

A Dornier 228 based at ZeroAvia’s facility at Cotswold Airport in the UK is being used as the dedicated development platform for the HyFlyer II project, which is progressing the R&D required for the ZA600 powertrain for 19-seat aircraft. ZeroAvia recently successfully ground-tested its 600kW powertrain and will begin flight testing using its Dornier 228 in the coming months to achieve certification and entry into commercial service in 2024.

HyFlyer II is part-funded by the ATI Programme, which is supported by the UK’s Aerospace Technology Institute, Innovate UK and the Department for Business, Energy and Industrial Strategy.

In late October 2021, ZeroAvia and Rotterdam The Hague Airport (RTHA) announced a partnership with the aim of establishing the world’s first hydrogen-electric international passenger route, using 19-seat aircraft such as HAL’s 228.

ZeroAvia is a leader in zero-emission aviation, focused on hydrogen-electric aviation solutions to address a variety of markets, initially targeting 500 mile range in 9-19 seat aircraft used for commercial passenger transport, cargo, agriculture, and more. Based in the UK and USA, ZeroAvia has already secured experimental certificates for two prototype aircraft from the CAA and FAA, passed significant flight test milestones, and is on track for commercial operations in 2024 for its 600kW engines, and 2026 for its 2,000-5,000kW engine platform. The company’s expanding UK operations are supported by grants from UK’s Aerospace Technology Institute and Innovate UK, and ZeroAvia is part of the UK Prime Minister’s Jet Zero Council. For more information, please visit ZeroAvia.com and follow @ZeroAvia on Twitter, Instagram, and LinkedIn.

Hindustan Aeronautics Limited (HAL) is an Indian state-owned aerospace and defense company, headquartered in Bengaluru, India. Established on 23 December 1940, HAL currently has 10 dedicated Research and development (R&D) centers and 20 manufacturing divisions spread across India. HAL is managed by a Board of Directors appointed by the President of India through the Ministry of Defence, Government of India. HAL is currently involved in designing and manufacturing of fighter jets, helicopters,  transport aircraft in passenger and maritime surveillance roles, jet engines and marine gas turbine engine, avionics, software development, spare supply, overhauling and upgrading of Indian military aircraft. India has been manufacturing the Dornier 228 since 1983, primarily for the Indian Defence services but has also provided airframe subassemblies, such as the wings, tail and fuselage to RUAG (Erstwhile Dornier Gmbh). 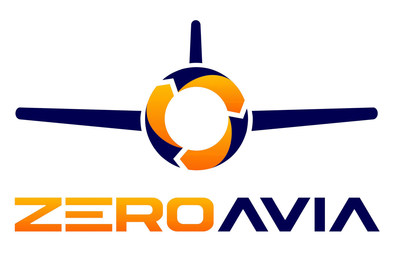 Secondary Market Research Sourcing and Procurement Report Forecasts the Market to Have an Incremental Spend of USD 11.9 Billion | SpendEdge