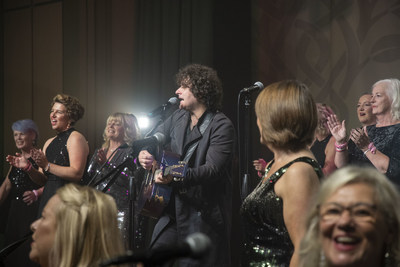 The gold ribbon fundraiser, hosted by singer-songwriter Stephen Leeson and TV and radio presenter Sharon Clancy, was presented live at the Scientology Community Centre in Firhouse, Dublin, and streamed for worldwide viewing.

Also featured were singer Hannah Roddy who recently recorded with Imelda May, and 16-year-old singer-songwriter Ruby O’Kelly, accompanied by producer and arranger Mark Cahill. Ruby’s passion for this charity inspired this fundraiser.

Paddy Casey’s moving performance was accompanied by his daughter Saoirse Casey, an accomplished singer and songwriter.

The show featured the 2019 Ireland’s Got Talent Finalists Sea of Change Choir.

The audience was moved by a very personal interview with Jimmy Norman—cofounder of Aoibheann’s Pink Tie.

«Aoibheann’s Pink Tie was born out of hardship,» said Norman. «My little girl Aoibheann was diagnosed with cancer in 2009 when she was 7… I had never even heard of childhood cancer. To go from an ordinary day to being told your child has cancer is so extreme and so outside the realms of understanding…. She fought a very brave battle in her young life.»

«… The company I worked for closed down…suddenly, I was absolutely broke. At that time in 2009–10 there was also a collapse of the economy…. I ended up staying with Aoibheann at the St John’s Ward—the children’s cancer ward…And I think I was put there for a reason. It was to observe the suffering, the pain and the hardship—fathers sleeping in their cars, mothers not having enough money to pay for the parking outside. … And that was the seed of Aoibheann’s Pink Tie.»

Aoibheann’s Pink Tie charity was formed in 2010 in Aoibheann’s memory. When Aoibheann passed away, the men wore pink ties at the funeral which was her favourite colour.

All funds raised by this fundraiser at the Church of Scientology Community Centre go directly to the charity.

The show is available at https://bit.ly/Gold-Ribbon-Online.

About the Stephen Leeson Show

Leeson, a singer-songwriter, has been frontman and lead singer with Porter Black, Dublin Legacy and has also performed with the Dublin City Ramblers.

The Stephen Leeson Show launched in April 2021, bringing entertainment to music lovers live every Friday night at 7 from the Scientology Community Centre. 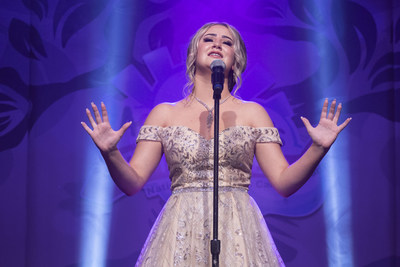 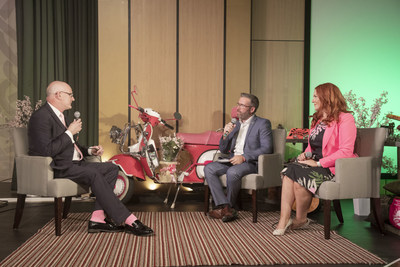 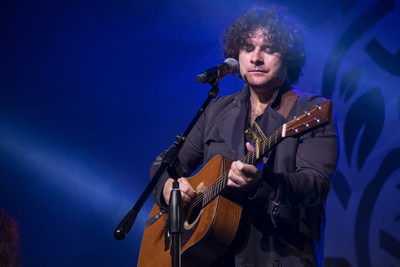