NEW YORK, Nov. 1, 2021 /PRNewswire/ — McCann Worldgroup today announced that Nicolina O’Rorke has been named Global Chief Financial Officer. O’Rorke steps into the role vacated by Gary Lee, who announced his retirement earlier this year and will serve in a transitional role over the next few months. 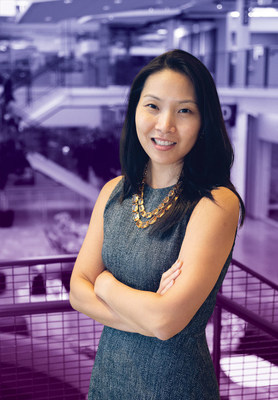 «Nicolina is a unique talent in every way,» said Bill Kolb, Chairman and CEO, McCann Worldgroup. «She is a battle-tested CFO from a global media network who began her career in investment banking. Her professional skills are complemented by her personal skills—she empowers and raises up the teams around her, she tackles complex problems and sees opportunities that others do not, and she believes in the power of a tightly-connected network of talent to push an organization forward.»

Kolb cited O’Rorke’s extensive client-side and financial experience in his decision to recruit someone outside the advertising agency world into such a senior role. O’Rorke brings to McCann Worldgroup a diverse combination of best-in-class financial skills and senior corporate operations leadership experience. O’Rorke joins from NBC Sports, where she served as SVP, NBC Sports Enterprises and General Manager, Sports Betting and Gaming. In this role, she built out the company’s presence in the sports betting space, including securing a $500M partnership to make PointsBet the Official Sports Betting Partner of NBC Sports. Previous to that role, she served as CFO, NBC Sports Regional Networks from 2015 to 2019, where she led strategy, business transformation and financial operations.

«I am thrilled to be joining McCann Worldgroup, the most effective marketing solutions company, in a global role,» said O’Rorke. «Advertising sits at the intersection of business strategy, consumer engagement and popular culture. I am excited by the opportunity to join this dynamic industry and help identify new ways to measure ROI and deliver growth.»

O’Rorke joined NBC Sports from NBC News, where she served in a variety of senior finance roles since 2009, most recently as Chief Financial Officer, NBC News, from 2013 – 2015. There she oversaw finance for all NBC News broadcasts and platforms and was a key member of the leadership team. Prior to joining the News Group, O’Rorke served in various finance positions within the NBCUniversal Cable Entertainment Group, most notably working on the acquisition and integration of Oxygen Media.

Among the many accolades she has earned, O’Rorke was named a Game Changer in the 2019 Sports Business Journal awards issue and one of CableFax’s Most Influential Multi-ethnic Executives.

ABOUT McCANN WORLDGROUP
McCann Worldgroup, part of the Interpublic Group (NYSE: IPG), is a creatively driven global marketing company whose professionals are united across 100+ countries by a single mission: To help brands earn a meaningful role in people’s lives. McCann Worldgroup was named «Global Agency of The Year» by Adweek magazine, «Network of the Year» by the Cannes Lions, the world’s most creatively-effective marketing services company by the Effie Awards (for three consecutive years), «Global Network of the Year» by Campaign Magazine and «Network of The Year» by The Webby Awards two years in a row. The network comprises McCann (advertising), MRM (science/technology/relationship marketing), Momentum Worldwide (total brand experience), McCann Health (professional/dtc communications), CRAFT (production), Weber Shandwick (public relations) and FutureBrand (consulting/design).