SEATTLE, Nov. 4, 2021 /PRNewswire/ — Mobile Premier League (MPL), Asia’s largest mobile esports platform, announced today that Matt McCloskey, a former Twitch and Xbox executive with over 20 years experience in video games and entertainment, has joined the company as its VP and General Manager for the US market. McCloskey will build a US-based team and lead strategy, growth and operations for the US. MPL’s journey in the US started in July with the launch of the MPL Pro App. 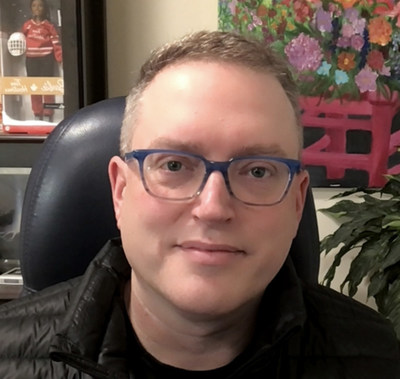 «Matt’s experience in gaming and esports, as well as his ability to  spearhead initiatives for iconic brands make him a perfect fit for Mobile Premier League,» said Sai Srinivas, Co-Founder and CEO, MPL, «As we continue to rapidly expand our presence around the world, the US is one of our most important growth markets and Matt’s proven leadership will help us reach our potential in the US.»

McCloskey spent three years at Twitch as Vice President of Commerce, where he oversaw the largest revenue-generating team at the biggest live video streaming platform in the video game industry. Under McCloskey’s leadership, Twitch saw revenues more than double two years in a row.

Before that, McCloskey spent over 12 years at Microsoft’s Xbox and 343 Industries, the studio that manages the ‘Halo’ franchise. At 343, he ran services engineering, finance, business operations, and strategy teams and executive produced live-action online series «Halo 4: Forward Unto Dawn.» Before joining 343 Industries, he led several business strategy initiatives across Xbox and Xbox Live, including managing business development, finance, and operations for the Xbox’s third-party publishing business, working with publishers and developers including EA, Activision, Square Enix, and Take-Two Interactive.

«MPL has quickly become one of the largest esports and gaming platforms in Asia and I am excited to help bring that innovation, operational excellence and opportunity to gamers in the US,» said McCloskey, «I look forward to working with Sai and the talented global team to make MPL the global leader for mobile gaming and esports.»

MPL was founded in 2018 and has quickly become Asia’s largest and most trusted gaming platform. Currently, MPL has more than 90 million registered users globally and officially launched in the US in July with nine casual games, including Baseball Star, Block Puzzle, Bowling, Pool, 21 Puzzle, and others. The company recently completed a Series E fund raise at a pre-money valuation of $2.3 billion.