In his role as Secretary-General of the Global Sharing Economy Alliance, Ge gave a presentation entitled «The Great Sharing Economy Gives Birth to Unicorns». He pointed out that traditional sharing economy models that share small property rights on commodities such as cars, bicycles, and home rentals is transitioning to a model where larger business assets such as capital, production capacity, and intellectual property rights are made available for sharing.

Ge also pointed out that as global economy faces severe challenges, the Great Sharing Economy could become a platform to connect the economies of all countries, promoting the reconstruction of the global economic order. Ge asserted that in this process, traditional industries could be transformed and upgraded with the help of Great Sharing Economy practices, and emerging industries could further accelerate their development. The resulting increase in value could thus bring businesses to unicorn status in bulk. 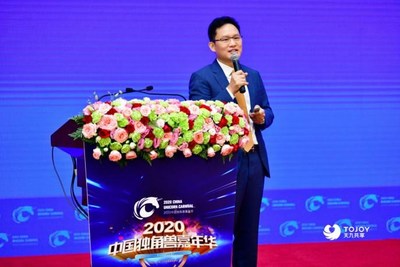 The Great Sharing Economy, a fertile ground for unicorns

Combining data from CB Insights, PitchBook, and more, the «2020 Unicorn Enterprise Annual Observation Report» released at the event outlined the effectiveness and penetration of sharing economy practices across China.

The University of Arizona Global Campus and MzeroA Announce Partnership