SAN FRANCISCO, Oct. 7, 2021 /PRNewswire/ — A new novel explores the themes of having the moral courage to stand up against evils committed by tech giants, to be a whistleblower, and to protect our children. 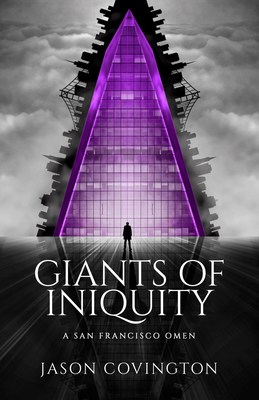 Tech GIANTS are invading San Francisco and the world, changing the culture, and causing economic and social turmoil. These giants control our lives without our knowledge or consent. How do these giants manage us for money, power, and control? Is there a way out of their clutches?  Will we be working for them and following their orders?

We are being monitored and led through life via our social media interaction. Shadowy forces have control of us and are making life decisions for us. Giant companies know more about us than we will ever know about ourselves . . . and they don’t care anything about us other than controlling us for profit. They already tell us what to buy, what to think, who to vote for, what to like or hate, and who is right or wrong . . . and we don’t even understand how they do it.

These Giants of Iniquity include Google, Facebook, Twitter, Instagram, LinkedIn, Apple and countless others. They rule in a drunken stupor of power, irresponsibility, and limitless growth. We can’t stop them; governments have not even been able to slow their domination.

A new novel, Giants of Iniquity: a San Francisco Omen, explores these unprecedented social dynamics. Issues such as homelessness, inequality, corporate greed, political extremism, and militant political correctness span headlines. The novel explores what happens in an alternate-reality as these extremes escalate.

Life in the San Francisco takes an odd turn to the paranormal when vortex lights appear over Nob Hill and these Giants appear. The incident unifies the city in wonder and anticipation for something greater as the Giants solve San Francisco’s problems in quick succession. The city becomes clean and spotless, the homeless problem disappears, and joblessness ends. Majestic new buildings rise into the skyline, and the economic system is roaring. Only one question remains: «Do the ends justify the means?»

Giants of Iniquity brings the excitement and intrigue of paranormal discovery together with a supernatural battle between spiritual forces in an age of advanced technology and cultural shifting. Available in eBook and paperback on Amazon:

Interviews can be scheduled directly with author: